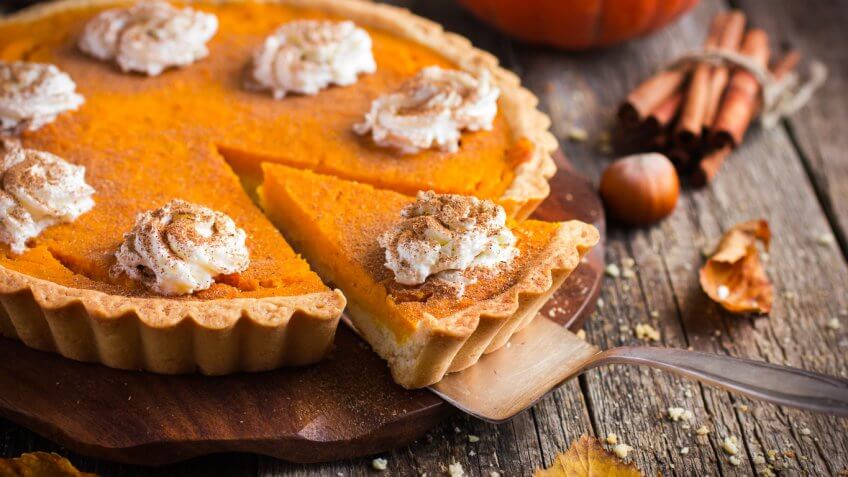 What is National Pumpkin Pie Day?

National Pumpkin Pie Day or Pumpkin Pie Day celebrates the humble pumpkin pie, a national favourite in the USA. Pumpkin pie is a traditional North American sweet dessert, eaten during the fall and early winter, especially for Thanksgiving and Christmas. The pumpkin is a symbol of harvest time and featured also at Halloween.

The pie consists of a pumpkin-based custard, ranging in color from orange to brown, baked in a single pie shell, rarely with a top crust. The pie is generally flavored with nutmeg, cinnamon, cloves and ginger. This pie is often made from canned pumpkin or packaged pumpkin pie filling (spices included); this is a seasonal product available in bakeries and grocery stores, although it is possible to find year-round. (daysoftheyear.com)

National Pumpkin Pie Day is an annual event, observed every year on December 25.

When is National Pumpkin Pie Day 2017?