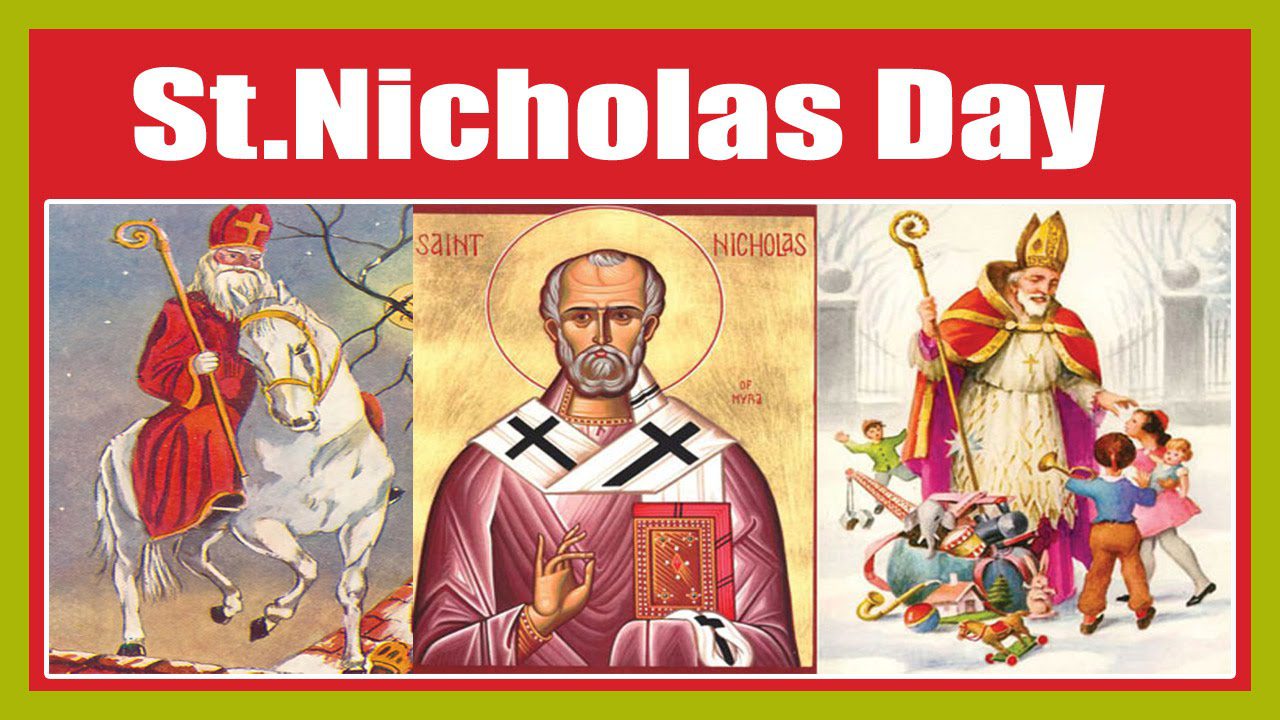 When is St. Nicholas Day?

Saint Nicholas’ Day, observed on December 6 in Western Christian countries, December 5 in the Netherlands and December 19 in Eastern Christian countries, is the feast day of Saint Nicholas. It is celebrated as a Christian festival with particular regard to his reputation as a bringer of gifts, as well as through the attendance of Mass or worship services. In Europe, especially in “Germany and Poland, boys would dress as bishops begging alms for the poor.” In Ukraine, children wait for St. Nicholas to come and to put a present under their pillows provided that the children were good during the year. Children who behaved badly may expect to find a twig or a piece of coal under their pillows. In the Netherlands, “Dutch children put out a clog filled with hay and a carrot for Saint Nicholas’ horse. On Saint Nicholas’ Day, gifts are tagged with personal humorous rhymes written by the sender.” In the United States, one custom associated with Saint Nicholas Day is children leaving their shoes in the foyer on Saint Nicholas Eve in hope that Saint Nicholas will place some coins on the soles, for them to awake to. (wikipedia)

Wondering where we find all of these Days, or if theyre even real? or if you have any information about St. Nicholas Day, or maybe you want to create your own! If weve missed something useful, or if you still have questions, please dont hesitate to contact us.